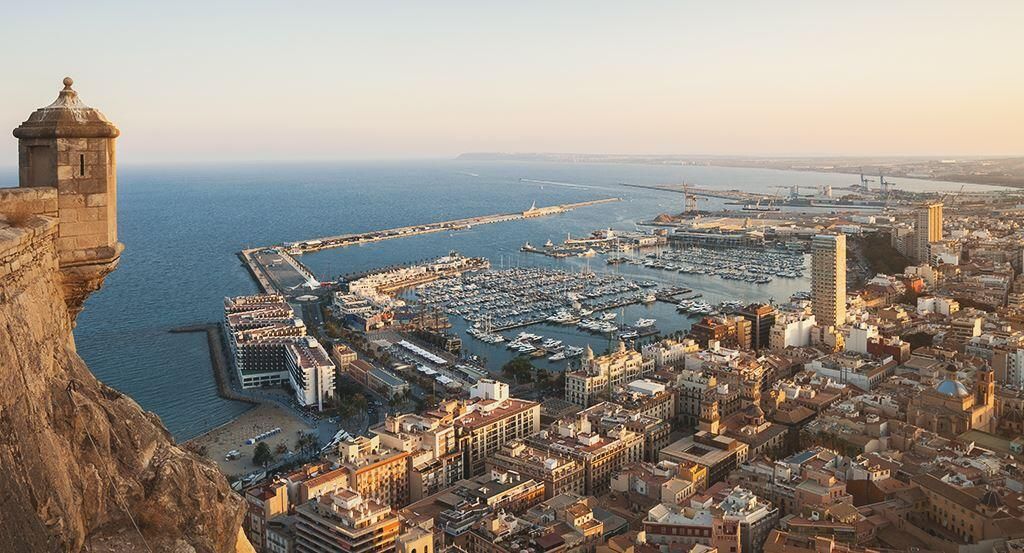 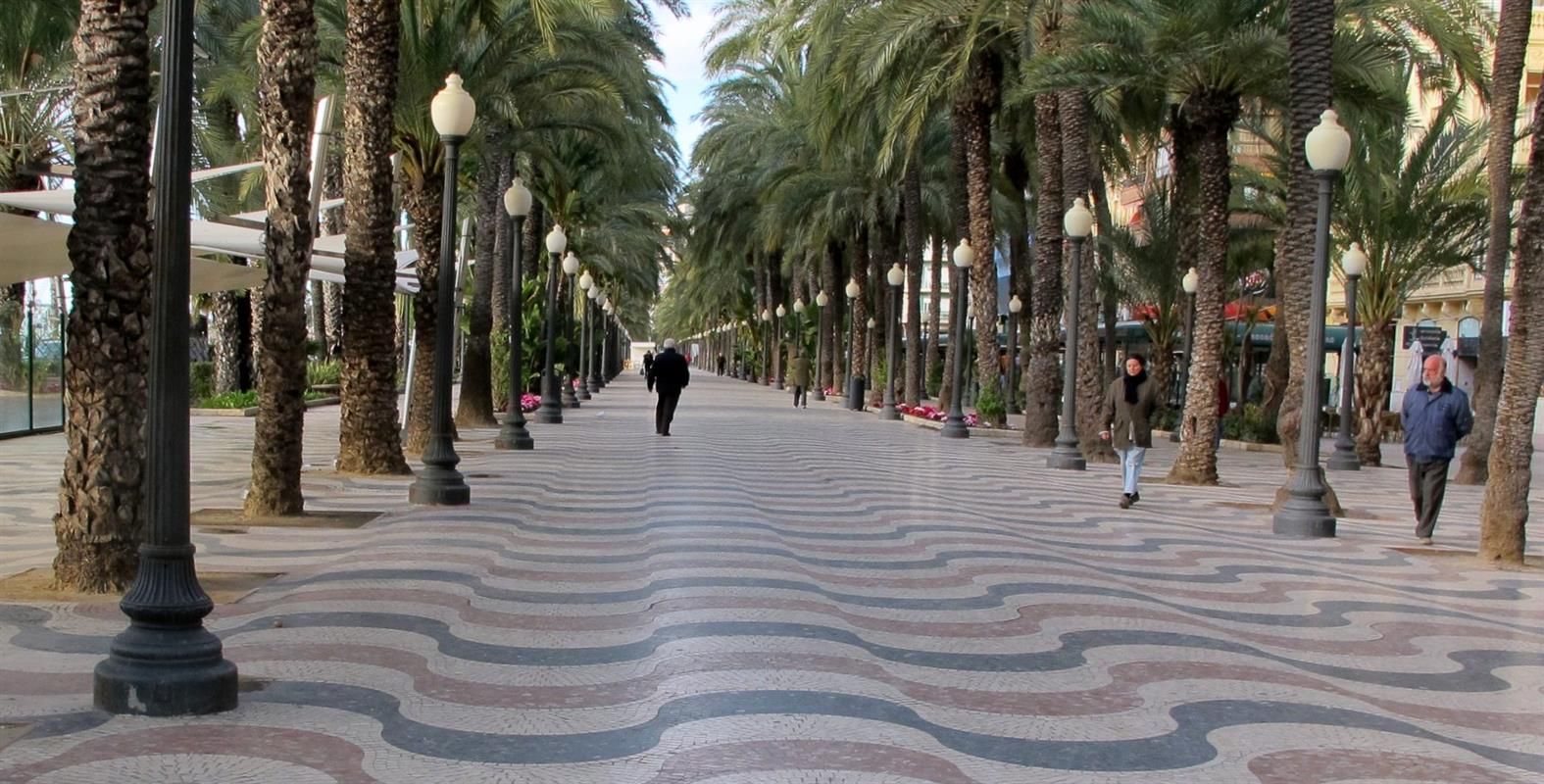 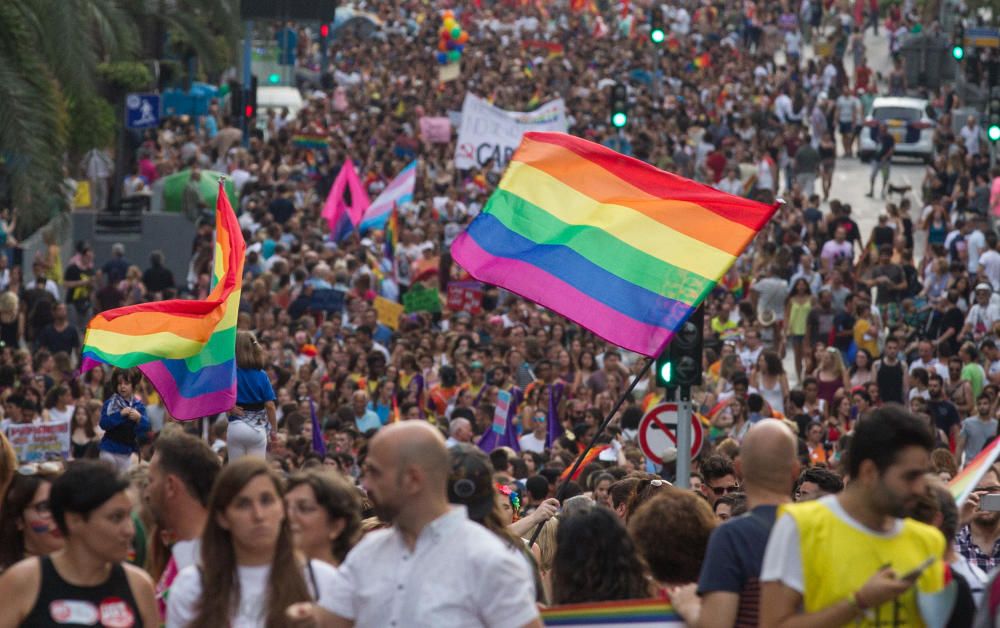 Alicante, a port city and capital of the Valencian Community.

Alicante is a port city on Spain’s south eastern Costa Blanca, and the capital of the Alicante province.

The city name originates from the endless sequence of white sandy beaches in this part of the country. There’s a medieval fortress towering over the city and a classic Mediterranean old-town with whitewashed houses and cobblestone streets.

The airport in the district of El Altet is 9 km away. It is one of the largest airports in Spain and is the gateway to the Costa Blanca. The C-6 bus line is the only public transport connecting Alicante airport to the city centre. The line operates all day, all year round with buses departing every 30 minutes with a journey time of around 25 minutes.

The TRAM trains and trams connect the beaches to city centre of Alicante. The city has an extensive urban and metropolitan bus network with a Móbilis contactless card available to use the public transport.

El Centro is the best place to stay in Alicante for tourists, especially for first-timers due to its prime location and the widest choice of accommodations. Staying in this neighbourhood, you will be located in the heart of action, within walking distance to the tourist attractions, bars, restaurants, and shops.

In the cities Old Town Quarter is where you can find Gothic cathedrals, medieval castles, and other monuments dating back to between the 15th and 18th centuries. Many are free to enter. The cities most iconic landmark is a mountaintop castle that offers beautiful views of Alicante.

Another must-visit is the Santa Maria Basilica, a Baroque and Rococo cathedral that was built on top on the sites of the city’s oldest mosque

One of Alicante’s popular nightlife districts is Explanada de España, where you can find cafés, al fresco restaurants, tavernas (taverns) and chiringuitos (beach bars) just minutes away from the beach that typically stay open late into night during summer.

Mercado Central is Alicante’s central marketplace, where you will find over 200 stalls and shops selling a variety of fresh produce, seafood, meat, and Spanish delicacies.

Founded in 1911, the Modernist-inspired building has a semi-spherical cupola and a massive stairway that’s flanked by 2 sculptures. Visiting on Fridays and Saturday mornings if you can to experience the lively atmosphere of locals going about their grocery shopping.

The LGBTQ nightlife is limited in Alicante but drag bars are popular. Search on the internet or via social media to find the closest to where you are staying. Typically, these bars open from around 17.00pm until 3.00 am

In the centre of Alicante and Elche there is also a wide range of gay friendly pubs and clubs suiting all tastes and trends.

Basaky Sauna is the only gay sauna in Alicante offer a sauna plus the luxury and comfort of an urban spa. Open daily from 3:00 p.m. to 10:00 p.m.

The traditional shopping area is located in the urban centre of Alicante, more specifically between the triangle formed by the Rambla de Méndez Núñez , the Alfonso X El Sabio avenue and the Maisonnave avenue, where you can find both small traditional shops and large chain stores.

Alicante Pride is celebrated in July.