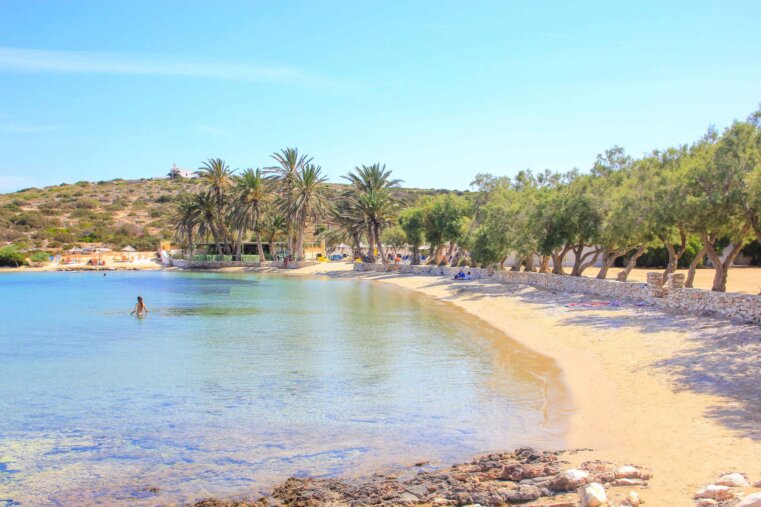 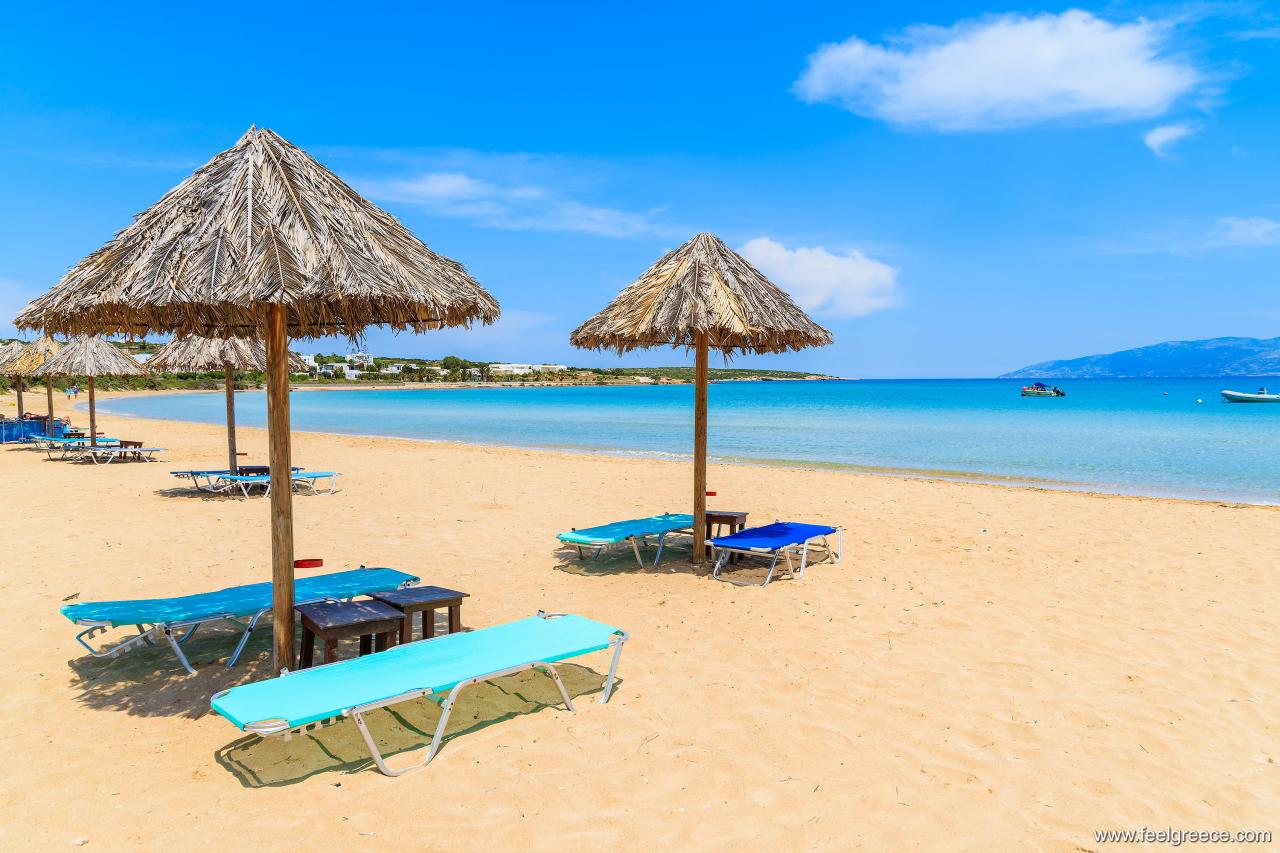 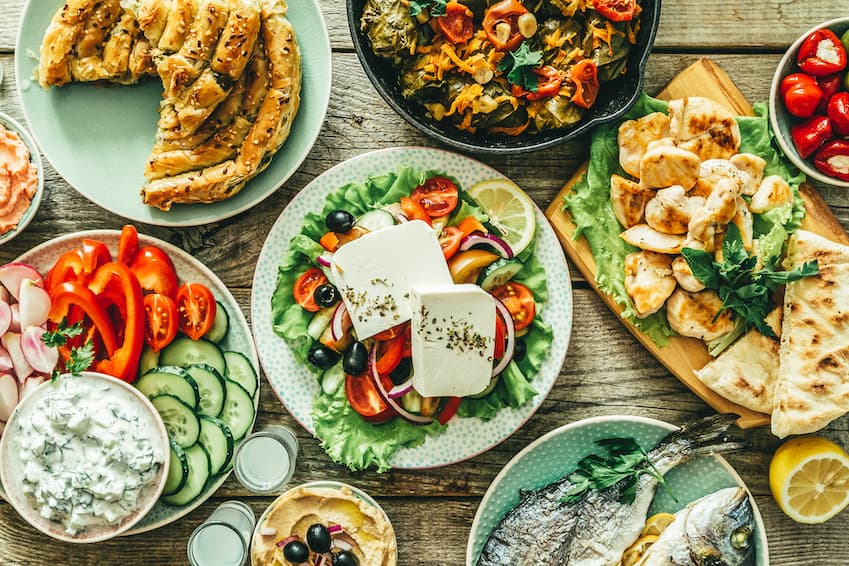 Paros is a smaller Cycladic Island famous for beaches and traditional villages.

Paros combines natural beauty, beaches with crystal clear waters, Byzantine footpaths connecting traditional villages and breath-taking landscapes. The island is located at the heart of the Cyclades and is one of the most loved destinations in Greece.

Parikia, the bayside capital, is a boating and transportation hub for the Cyclades

With frequently boat\ferry connections with Mykonos Island, Paros is perfect for gay travellers who want to attend the Mykonos parties, but are also looking for a cosy haven to enjoy the beauties of the Greek summer or those looking for a more relaxed cosmopolitan environment without being in the LGBTQ ghetto.

In Paros there are not any exclusively gay bars or clubs, nevertheless you will find gay-friendly nightlife all over the island. Locals usually tend to enjoy their nightlife in Naoussa, while tourist prefer Parikia as their destination for an intimate night with people they travel with or totally strangers.

Greek public opinion on LGBTQ rights is increasing day by day, with same sex unions being legally recognised since 2015.

There are several gay owned businesses on the island that operate for all customers and many gay people living permanently on Paros.

Paros National Airport (PAS) is the airport serving the island of Paros, Greece, in the Cyclades islands region about 10 km from the island capital of Parikia where Port is located. The airport is for national flights.

The majority of tourists arrive in the Port of Parikia by sea and travel by taxi to their hotel. During your holiday hiring a moped or local buses are the easiest way to get around if not in a hurry when local taxis can be ordered.

Naoussa is popular place to stay on Paros. Known as a castle town set around a small port, the tiny streets were built historically to protected the citizens of Naoussa from pirates in the 13th century. Today there are many bars (tavernas), cafes and restaurants on the water front, as well as in the small whitewashed alleyways.

Visit the traditional Lefkes village. This former Parian capital during the Middle Ages, is situated only 11km southeast of vivid Parikia. It hosts approximately 500 inhabitants, making it a wonderfully peaceful getaway.

The village has traditional whitewashed Cycladic architecture, multiple Venetian buildings, churches, and landmarks related to its cultural heritage. Explore, interact with the friendly locals, while drinking a Greek coffee, sipping ouzo or having lunch or dinner in the picturesque central square.

Visit the Monastery of Panagia Ekatondapiliani in Parikia from the Byzantine-era. It is situated only a few steps from the town’s port, built mainly from stone and marble, it features elaborate archways that connect the main Church of the Virgin Mary with the numerous chapels, monk cells, and the baptistery.

This Monastery has significant importance to the Christian Greek Orthodox population and is a very committed pilgrimage. It is celebrated on August 15th as a large religious festival where people from all around Greece travel to Paros to worship Virgin Mary.

The gastronomic scene of Paros is unarguably diverse, first-rate, and delicious.

Meals made with love and fresh local or Greek products are served at numerous taverns and restaurants that can be found all around the island.

The majority of them are located in the towns of Naoussa and Parikia.

There are 2 gay-friendly beaches in Paros, Lageri in Ormos Naousis and Kalamia, which are very remote and are frequently used by naturists. Most of the gay man prefer to gather at the southern end of Lageri, so if you are looking for someone to have fun, keep that in mind.

Isolated Lageri beach as the gayest beach on the island offers crystal clear, blue, flat water. The southern end has nude swimming and sunbathing. There are also sand hills at the back. You can also get to Lageri from Naoussa by ferry.

The other clothing optional beach is Kalami (or Kalamies).

There are no exclusively gay bars or clubs on Paros but a very popular hangout in Naoussa is Fotis. This is closest you get to a gay bar, beautifully decorated in all white with low slung chairs by the sea, the bar attracts a mixed crowd with a good number of gay guys. The DJ plays excellent music, service is very attentive and the manager is vigilant in ensuring things are right. Definitely worth finding.