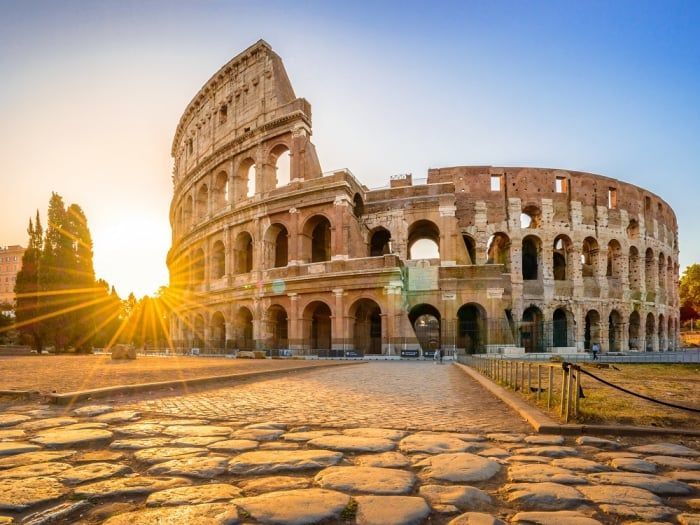 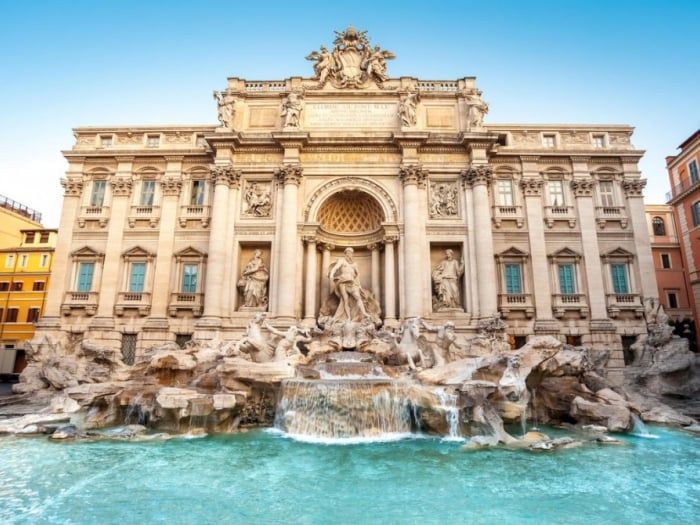 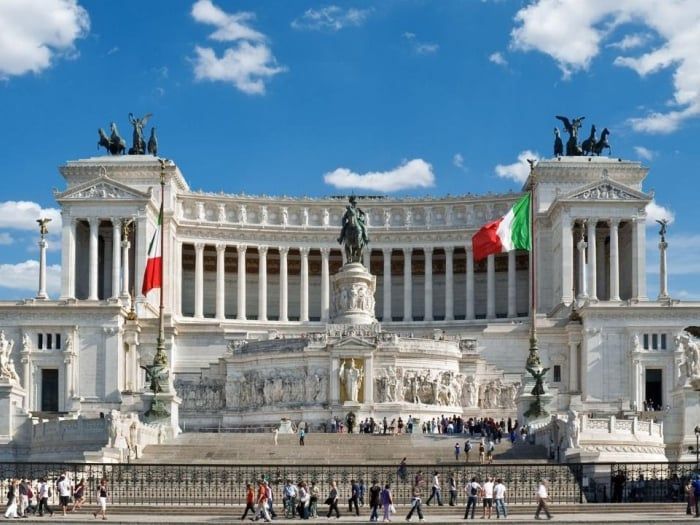 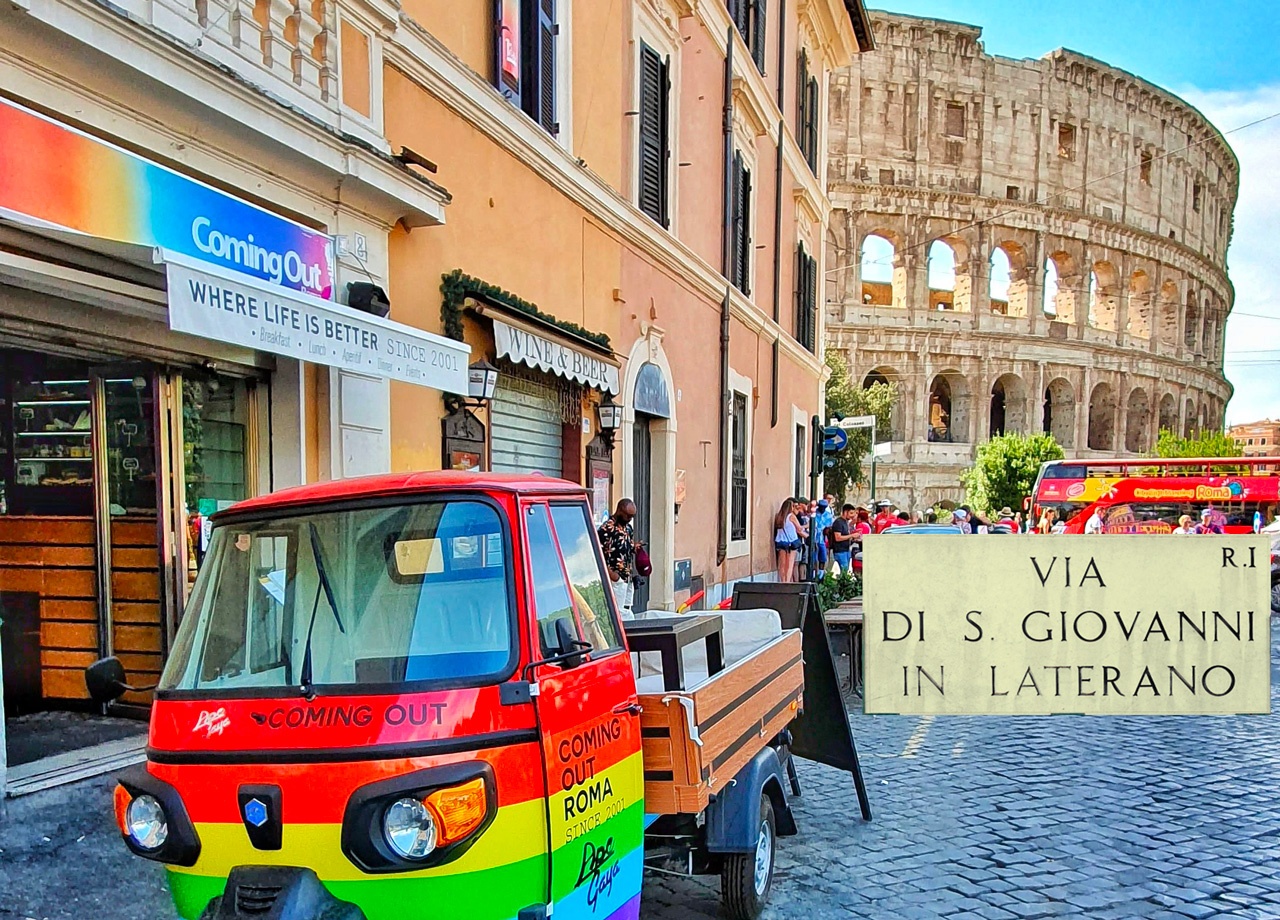 Have a romantic trip to Rome or just do as the Romans do! A great city for shopping and enjoying the local cuisine and hospitality!

Rome is the capital city of Italy and also serves as the capital of the Lazio region. Rome is located in the central-western portion of the Italian Peninsula, within Lazio (Latium), along the shores of the Tiber. The Vatican City is an independent country inside the city boundaries of Rome.

Rome's history spans 28 centuries. While Roman mythology dates the founding of Rome at around 753 BC, the site has been inhabited for much longer, making it one of the oldest continuously occupied sites in Europe.

The city's early population originated from a mix of Latins, Etruscans, and Sabines. Eventually, the city successively became the capital of the Roman Kingdom, the Roman Republic and the Roman Empire, and is regarded as the birthplace of Western civilisation.

Its historic centre is listed by UNESCO as a World Heritage Site. Monuments and museums such as the Vatican Museums and the Colosseum are among the world's most visited tourist destinations with both locations receiving millions of tourists a year and the city hosted the 1960 Summer Olympics.

Rome is also an important fashion and design centre thanks to renowned international brands centre in the city. There is not really any gay neighbourhood in Rome but there is a small gay street (literary called “Gay Street” which opened in 2007) just beside the Colosseum where you can find a few gay bars, restaurants and hotels.

Rome is relatively easy to get around using public transport with buses, the metro and regional trains. Though given all the historic and archaeological sites around the city there are several bus routes that are particularly useful for tourists depending on where you’re staying.

Rome has two different airports named Fiumicino and Ciampino. Getting the Terra Vision bus from both Fiumicinoand Ciampino is the cheapest way to reach the city centre at Rome’s central train station (called Termini). The journey takes approximately 1 hour. A taxi ride at fixed prices is available for €30 from Ciampino and €40 from Fiumicino taking between 45 minutes to 1 hour.

There are as yet no exclusively gay hotels in Rome but a number of gay friendly hotels several of which are close to the Colosseum and street called gay street. It is a city that has many conventions and corporate events so it is always wise to book your accommodation in advance to guarantee availability and choice.

Rome has numerous historical sites, museums, churches, architectural wonders, plazas and parks and you could spend weeks visiting the city if you wanted to see all. Most people visit the city for a few days so recommend these tourist attractions

The famous Colosseum seen in many of the Roman history films. It is the largest amphitheatre every built and one of the must-see attractions if visiting Rome. You should book an entry ticket in advance if you want to go inside to avoid the long queues.

Piazza da Spagna is located at the bottom of the Spanish Steps and one of Rome’s most famous squares. Built in 1723 it has 12 different flights of stairs and 137 steps.

Roman Forum is one of the world’s most important archaeological sites. These ruins are a tribute to a once bustling 7th century B.C. city created from nothing but marshland. Back in the days of Caesar the forum once housed restaurants, taverns, shops, markets and more.

Testaccio Food Market is one of Rome’s oldest traditional markets with a variety of food including wine by the litre, panini, fish, cannoli and pasta, or knickknacks, clothing and other items at amazing prices.

Trevi Fountain is a sculpture and fountain typical of Rome. The design is said to embody “the soul of the world”, the fantasy creatures and soft natural lines of this attraction is a magnificent example of Baroque art.

Vatican City has the Vatican Museums and St. Peter’s Basilica as the main attractions.

Besides the few bars located on “Gay Street” also known as Via di San Giovanni in Laterano, there is really no other gay neighbourhood in Rome. The bars and clubs are spread out across the city but there are still a reasonable number of places to go out.

Coming Out is probably Rome’s most popular gay bar and it’s an institution in the city. Many people crowd the streets in front of this and the other Gay Street bars during the weekends and on warm nights. The address is Via di San Giovanni in Laterano 8.

My Bar is a small bar and café also located on Gay Street near the Colosseum and open until 2am with a same dance floor. The address is Via di San Giovanni in Laterano 12.

Colosseum Bar is another of the several gay places located on Gay Street and open until 2am. The address is Via di San Giovanni in Laterano 44.

Beige is the only gay bar located in the heart of the Trastevere neighbourhood. They host regular themed nights and also offer a buffet every night between 7pm – 10pm and some of the best cocktails. The address is Via del Politeama 13, 00153

Muccassassina is a mixed by very gay party every Friday night at a club called Qube Disco. The atmosphere is friendly, with 3 large separate dance floors with different music. There are often drag performances and a large dark room. The address is Via di Portonaccio 212.

Gloss @ L’Alibi is a Thursday night gay party. The club has drag shows, go-go dancers and good DJ’s. Open until 5am and located at Via di Monte Testaccio 44.

Frutta e Verdura is a late after-hours gay dance party that starts at 4:30am in the Bunker Club which is a large cruising club. They have a dance floor, live DJs, terrace and darkroom / cruising area. The address is Via di Santa Passera 27.

Most cafes and restaurants in Rome if you stick to Italian food is generally very good so just look at what is being served to other customers when deciding and is looks and smells good sit down and give a try.

Taverna di Edoardo II is a gay-owned restaurant with friendly helpful service and good food. The owner not only serves but sings for his clientele. Paintings and pictures, combined with the crazy pink appearance of the restaurant make this place a complete gay experience. The address is Vicolo Margana 14.

Like the majority of places in Italy you might be required to have a membership card in order to enter gay cruising bars and saunas. You can purchase the membership onsite at any of the bars if you want a once only entry pass or years membership.

Hangar is Rome’s oldest gay bar which opened in the 1980’s. It has a dark room located in the back of the bar and is located at Via in Selci 69.

Europa Multiclub is a typical sauna and sex club with a Turkish style bath and a small gym. The address is Via Aureliana 40.

Apollion is a small gay sauna open every day from 2pm -11pm. The address is Mecenate 59a.

Close to Piazza da Spagna are many of the luxury Italian brand name shops such as Gucci, Prada etc. There are lots of other small boutique throughout the city of Rome as the Italian population are very fashion conscious.

The Rome gay pride takes place in June with tens of thousands joining the street parade to make a statement towards the Italian government and Vatican. There are great parties held around Rome throughout the pride weekend.

There is also the summer Gay Village that runs from June to September with lots of great activities and events during the 10 weeks including a Bear’s Village, Concerts, dance performances, theatre and free film screenings throughout the city that attracts over 200,000 visitors both gay and straight people.